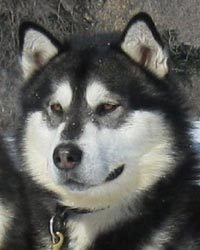 Origin & Purpose: The Alaskan Malamute, one of the oldest Arctic sled dogs, was named after the native Inuit tribe called Mahlemuts (now spelled Malamute) in the upper western regions of Alaska. These dogs were used primarily as draught animals to haul heavy sleds, to pack supplies, for hunting seals and in packs to track polar bears. They were better cared for than was usual for Arctic sled dogs, and this seemingly accounts for the breed’s affectionate disposition.

General Appearance: The Alaskan Malamute is a large, powerful and substantially built dog with a deep chest and strong, well-muscled body. The Malamute stands well over the pads, and this stance gives the appearance of much activity and a proud carriage, with head erect and eyes alert showing interest and curiosity.

Coat: Their double coats are thick and course, enabling them to withstand severely cold temperatures. The oily, water repellent texture needs little maintenance except when shedding, when the undercoat must be removed to promote healthy skin. Malamutes can tolerate most climates, though extra care is necessary to keep them comfortable in hot weather.

Colour: Malamutes are of various colors, the usual colors range from light gray through intermediate shadings to black, sable and shadings of sable to red. Color combinations are acceptable in undercoats, points, and trimmings. The only solid color allowable is all white. White is always the predominant color on underbody, parts of legs, feet, and part of face markings. Face markings are a distinguishing feature.

Temperament: The Alaskan Malamute is an affectionate, friendly dog, not a “one man” dog. He is a loyal, devoted companion, playful in invitation, but generally impressive by his dignity after maturity. Malamutes are self-confident, strong-willed, independent thinkers, intelligent and affectionate friendly dogs, unsuitable for guard work, although their size and appearance alone will usually discourage intruders. They are happiest as outdoor dogs, given sufficient companionship, but many thrive as house pets. Malamutes are patient with children, but like all large dogs, should be supervised during play. For athletic people, Malamutes are ideal.

Training: The Malamute is a large pack oriented animal with the natural instinct to lead or be lead; therefore training and obedience lessons must begin at a very early age. This breed cannot be allowed to grow up lacking controlled socialization with humans and animals as they can become dominating over people they don’t respect and quite aggressive with other dogs of their same gender. They respond best to fair, balanced training that focuses on praise and reward, and tend to resent harsh or unfair corrections.

Crate Training: Malamutes take to crate training easily with positive associations, such as being fed or getting their toys in the crate. It is a must to crate train this breed to prevent them from getting into trouble or learning bad habits that will be more difficult to correct later on in life.

Feeding: Alaskan Malamutes can thrive on a variety of diets from raw to high quality kibble. They are a very ‘fuel efficient’ breed and do not require the large amounts of food normally provided to a dog of this size so portion control is important. 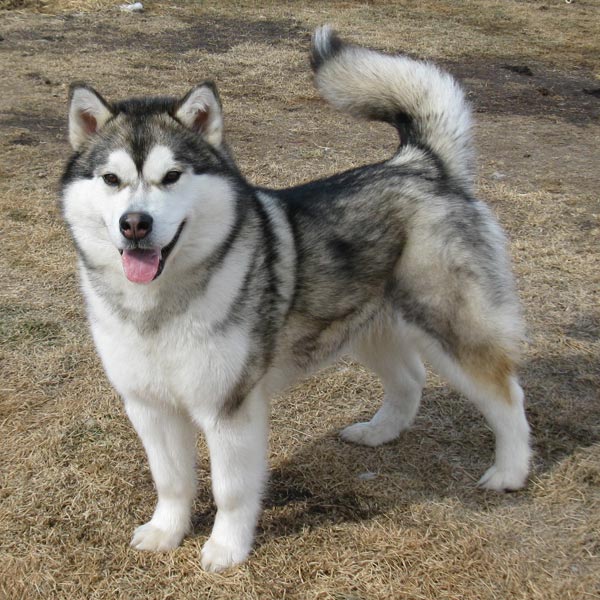 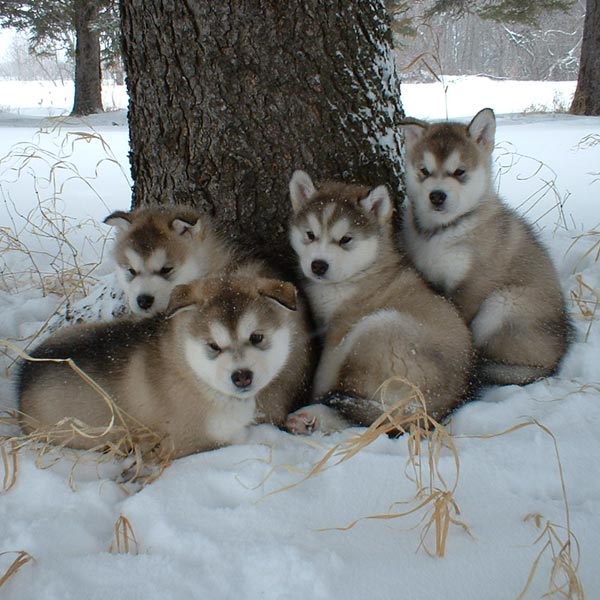